Running injuries are frustrating. Occasionally they are traumatic injuries from a fall or misstep, but most times they come on seemingly out of nowhere. One day you are training pain free and the next day you are not. It is confusing and frustrating.

I’m here to clear a little of this up for you…or at least give you some things to think about.

The main issues I see with runners who experience these ‘out of nowhere’ injuries are doing ‘too much, too soon’, lacking stability and control somewhere in their body, have running technique faults, or footwear issues.

Let me break these down for you…

Too Much, Too Soon

There is a safe way to progress your running and a way that puts you at a higher risk of injury. When you do too much, too soon, you are setting yourself up for injury. Too much, too soon can be a number of different things, including increasing your mileage too quickly, adding speed work and hill training at the same time, or even changing shoes and changing your training at the same time.

Your body can only adapt to so much at a given time. The more changes you force it to make in conjunction with each other, the greater the stress you place on the body.

Here are some ideas for next time you are looking to progress your running:

Breaking things down a bit for you:

I think you can also notice the trend of how one area of the body impacts everything else. Spot treating an injury never works! Without training the body as a whole, you will never fully break out of your injury cycle.

How you run plays a huge role into your injuries. Until you address and fix this, you will most likely continue developing injuries. There are a lot of running technique faults that can take place which create increased forces and strain in joints and tissues of the foot, ankle, lower leg, knee, hip, back, and even shoulders, but there are some that are more common than others.

The most common running technique issues seen are:

Fix your running technique faults and you can resolve a lot of the chronic running injuries you are dealing with.

Traditional, built up running shoes are the devil. Yep, I said it! The drop in shoes and the added cushioning contribute to your running technique faults. Have you ever run barefoot on the grass? Did you notice how your feet hit the ground completely different when you are barefoot compared to when you are in shoes?

When you are running barefoot (or in minimalist shoes), your body knows it needs to decrease the forces in the legs so you don’t hurt yourself. Because of that, it naturally adds the shock absorption to your legs upon landing. Along with that, the elevated heel of traditional shoes forces you into a heelstrike landing. When you don’t have a built-up heel, it allows the foot to come underneath you easier and therefore lets you land with the foot underneath you where you are more stable.

With all that said, if you are used to traditional running shoes, I don’t suggest you switch to minimalist shoes ‘cold turkey.’ That will get you injured. You need to transition into a lower drop or minimalist shoe slowly and properly in order to not create new injuries for yourself. 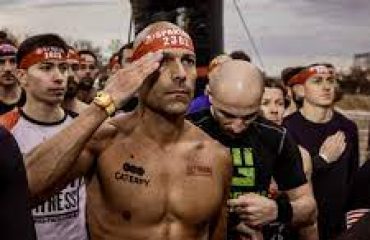 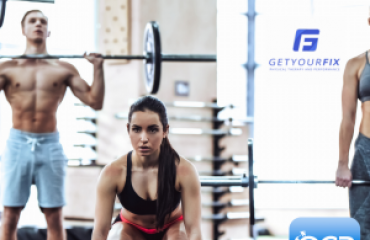